A key component of United’s community is curiosity. From the classroom to chapel, students learn to question their beliefs and deconstruct contexts to become more mindful, ethical, and creative in their work as faith leaders. And this community value of curiosity doesn’t stop when students graduate.

Alum GIVEBACK is a zoom series for United alums to reconnect by diving into deep questions and spiritual practices. They began informally when Cindi Beth Johnson, Director of Alum and Church Engagement, wanted to help foster community amidst the physical distancing necessary during the Covid-19 pandemic.

“I started offering a weekly alum zoom gathering time,” explains Johnson. “The idea was to provide space for alums to connect and find some support. Each week was different but it gave alums (and me) a chance to talk about what was going on in their setting, what was sustaining them and how they were navigating this different landscape.”

These opportunities for alums to meet with their peers proved exciting. Ideas and connections bubbled up amidst new and renewed connections, as Johnson reflects: “It was amazing to see alums from across the decades meet each other and introduce themselves. Alums have had the opportunity to meet up again with alums they may not have seen for a long time. Others have made new friends.”

Eventually, Johnson helped transform the zoom meetings into alum-led sessions, where alums could lead workshops using their own expertise. “What if we were to invite alums to curate the topics,” so Johnson organized, helped with logistics, and created a platform for alums to lead.

United alums are pastors, chaplains, activists, artists, and entrepreneurs, and the Alum Giveback sessions reflect this vocational diversity. One alum, Gretchen Fogo (‘79), praises the “stimulating topics well presented” and the “good, informal, small-group discussions.” These topics have included Creating a Nest of Hope with Sally Johnson (‘05), Creating Meaningful and Engaging Online Worship with Bryan Allen Demeritte ('05), and White Religious Leaders: Do Something with Rebecca Voelkel (‘13). When Johnson asked alums what was helping them be resilient during the pandemic, many alums brought up works of art, poetry, and music.

A session on Inspirational Journaling, led by Tara Parrish ('12, '16), invited participants “to engage in the power of reflection through writing as a way to find both resilience and spiritual grounding.” 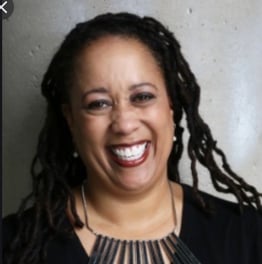 Julie Weaver (‘09) was particularly moved by Parrish’s offering. “This was a new and refreshing experience. I often contemplate quotes I appreciate, but have not written about them. It brought out some compelling thoughts that I am going to spend time with in the days ahead. Tara's simple, personal style was engaging. I believe it made it possible for me to trust, reflect deeply and share some of my reflection.” Weaver will be leading her own session on Weaving Wisdom: Spiritual Care Through the Art and Craft of Weaving on July 28. 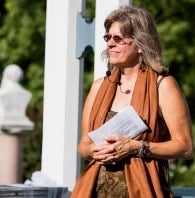 Other sessions proved so popular and helpful that they resulted in a “Part 2.” Rebecca Voelkel’s White Religious Leaders: Do Something offered “concrete ideas and resources for white religious leaders who want to ground their work and the work of their faith communities in advancing racial justice.” In the original session, offered on Juneteenth 2020, participants discussed the historical relationship between the church, conquest, slavery, and the formation of whiteness as well as how that legacy lives today. But the conversation could only go so far in an hour-long session, and so Part 2 will be offered on July 16. 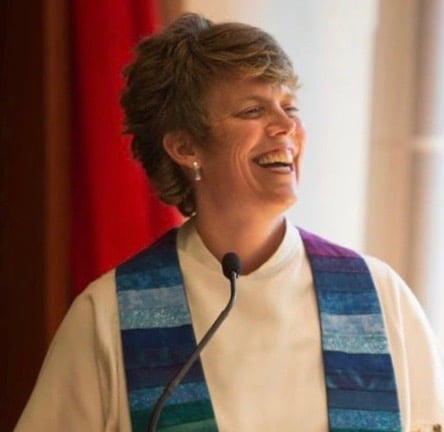 How can alums continue to get involved, either as participants or as session leaders? Johnson says to “watch for notes on Alum Facebook, eblasts, ReUnited and then contact me to register.”

Johnson recalls “It really was an organic thing that we piloted during COVID” to address limits put on social engagement.  However, it soon became obvious that Alum Giveback invites “lots of alums to come from across the country to something that they might not have attended otherwise both because of being on line and being a one hour time commitment.” Accessible, and dynamic, Alum Giveback is a space for alums to lean into United’s culture of curiosity, activism, and creative expression.

Visions of Liberation: the Optics of Pride in 2020.

A Call for Lament (in the time of a global pandemic)