Lessons from May Day

2017 has been especially rife with protests, rallies, and marches. Nor has the call to action quieted in the last few weeks. There was the March for Science on April 22, and Tuesday, May 9 is the Medicare for All Rally. There are events popping up across the Twin Cities gearing up for Pride, and Minnesota Immigrant Rights Action Committee (MIRAc) has been fundraising and hosting trainings consistently over the last month. Indeed with the coming of spring, there is a sense of renewal, of hope in troubling times, and the timeless recognition that in this season- life returns to the world in abundance.

One of the most exciting traditions in Minnesota is the May Day Parade and Ceremony hosted by In the Heart of the Beast Puppet and Mask Theatre. 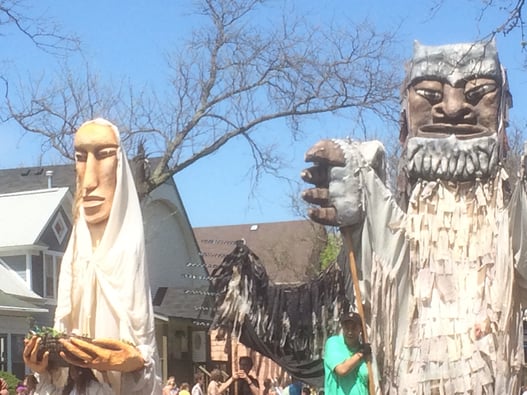 Bringing people of all races, religions, ethnicities, genders and gender

expressions- people from communities across the Twin Cities- the event combines the renewing power of Spring with a communal cry for justice. This was especially true with this year’s theme: imagine, heal, resist. For those who have not been to the festival, the first half of the parade comprises of sections incorporating puppets and costumes made at In the Heart of the Beast,
representing specific organizations or justice causes. This year they included a section from Bending the Arc; Amethyst Souls: Luxuriate in Healing, paying “homage to our queer, genderfluid and trans elders and ancestors of color, through antiquity and their radical spirits and influence”; Mni Wiconi––Can Wiconi, about the water protectors and resisting the violence directed toward the land; Sanctuaries Adjust the Law: Sanctuary For All; Communities of Light: Speak Your Truth, seeking “to connect community members with each other in a way that our healthy interdependence as a community can be furthered through engagement around commUNITY”; and The Work Ahead, which included a dragon made of protest signs. 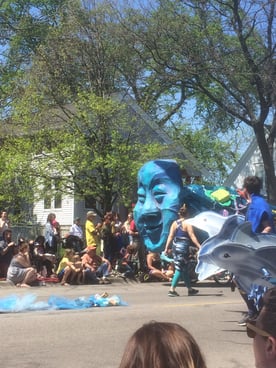 The second part of the parade is Join In, where groups of community members march for various causes, spanning from librarians to Veterans for Peace to Hari Krishnas. When the parade concludes, everyone moves toward Powderhorn Park for a puppet show and a ceremony depicting the return of the sun. Finally, when the sun puppet, carried on boats from Powderhorn Lake, touches the shore, the ceremony concludes with a communal singing of “You are My Sunshine”. 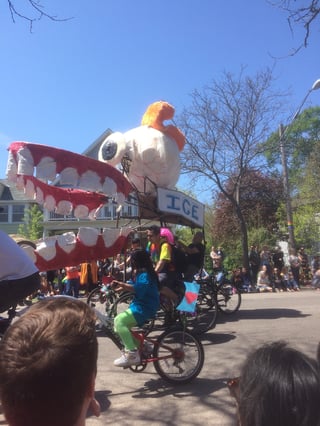 May Day honors Spring as a time for seasonal, social, economic, political, and spiritual change. At United, this time of year, many are graduating with their
degrees. Others continue their coursework into the summer. Still others, like myself, are gearing up for their orientation and first day of classes in the Fall. Far beyond the stress of applications, commencements, and finals, this has been a worrying and frightening year when we look at the conflicts in the world at large, the conflicts in our country, and the conflicts in our immediate communities. At the same time, this has been a year of remarkable bridge and coalition building, a time where we have been put to the task of acting on our core values. At United we strive to engage our communities. We work against injustice. We foster the creativity necessary to change ourselves and the world.

The lessons of this year’s May Day are a sermon in three words: Imagine. Heal. Resist. I can think of no better message to usher in the summer and no better charge as we continue our journeys through troubling times. 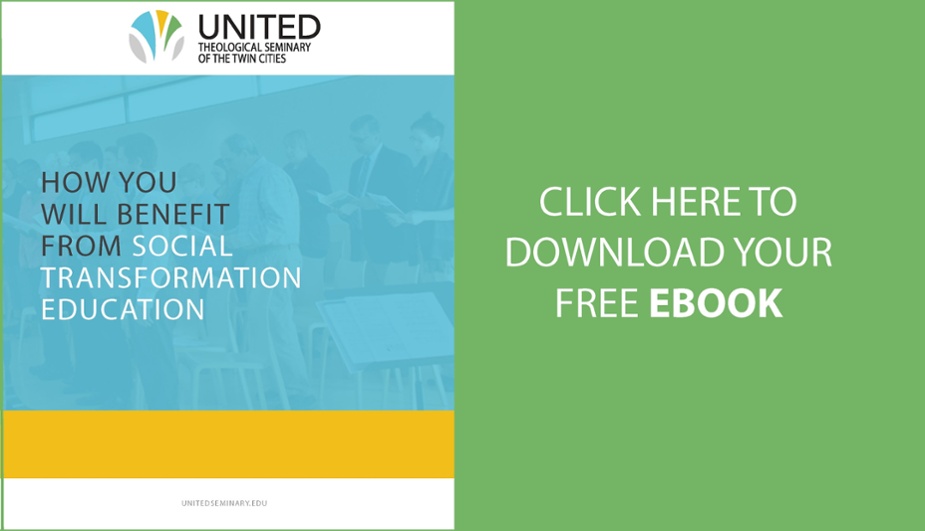 Charge to the Graduates