"Thanks Be to Dog"

As we’ve moved to online worship services, there have been some new experiences. For example, during the moment of silence, our dog, Ringo, gave a little cry. It’s a new experience for many to have animals in worship, but this was actually the second time for me. The first was at St. John’s United Church of Christ on Madeline Island. Several years ago, I attended their Blessing of the Animals service for the Feast of St. Francis, and there was a beagle in the back of the church and a bunny near the front, both waiting for their blessings. The beagle’s whines punctuated the service every so often. 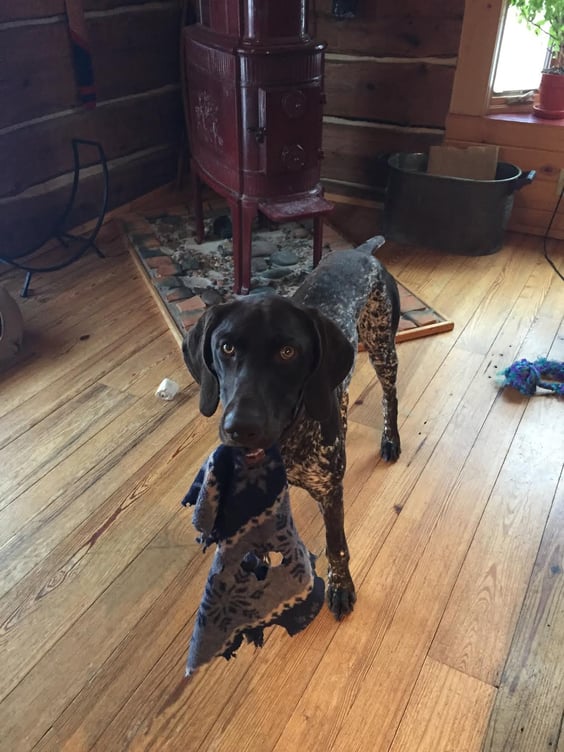 The poet Gary Snyder tells the story of growing up on a farm and having a beloved heifer die when he was seven. When he asked his Sunday School teacher if he would see his heifer again, the teacher answered that animals don’t go to heaven.  The response shook Snyder, and he credits this experience with the reason why he became a Buddhist. He tells the story of being in Katmandu where herders brought their animals to a sacred site to tend to their spiritual needs. This respect for nonhuman life is why he became curious about eastern religions.

St. Francis of Assisi had this same reverence for all of life and respect for animals. He is the patron saint of ecology, animals and peacemaking. People of all religions have looked to St. Francis for wisdom. He died in 1226, yet he is still known as one of the spiritual revolutionaries in Christianity because of his teachings about the equality of all creatures.

Our religious traditions teach us how to be in relationship with each other, and this also includes the nonhuman world. What an interesting time to consider these teachings as many of us have new experiences, including attending online worship services with our pets. I’ve heard several people talk about taking up birding in the past weeks and how much they are enjoying watching birds. We often think that we are the ones that need to teach our animals how to behave, but what if we spend some time learning from them? If I would just listen, I know my dog would teach me about unconditional love, loyalty, kindness, letting go of disappointments, and how to communicate my feelings with my family.   I recently read a news story about Rolo, the dog who sprained his tail from excessive wagging because he was so happy his owner was working from home all day. The condition is called ‘Happy Tail Syndrome.’ We could be just as grateful for our nonhuman company during this time.

Stacy Craig is the minister of the Chequamegon Unitarian Universalist Fellowship in Ashland, WI. She is an aspirant for UU full fellowship and a senior at United Theological Seminary of the Twin Cities.

What Geoffrey Wainwright Taught Me About Ecumenism

Compassionate, Creative and Ethical Leaders - Stories from United during a Time of Pandemic