The Arts are in United's DNA: An Interview with Jennifer Awes Freeman 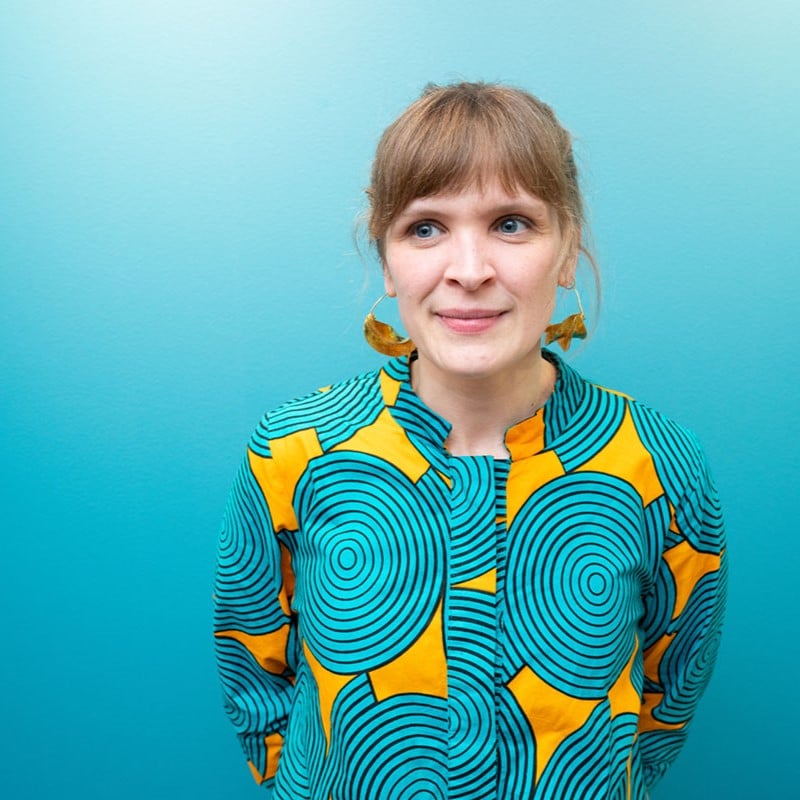 Last summer this blog introduced you to Jennifer Awes Freeman, the new assistant professor of Theology and the Arts at United. More recently I sat down with Jennifer to talk about her role in United's theology and the arts programs. Here are some excerpts from our conversation.

Tell me a little about your role as a professor of Theology and the Arts.

I straddle the line between practicing artist and academic. With classes like History of Art and Theology, I realize that most people won't go on to get a PhD in art history, but I see my service to the community as giving students an understanding of the long historical development of religious art or visual expressions of religion in practice. From the standpoint of a practicing artist, my role is to work with artists who are looking to deepen their artistic practice by learning more about theology, perhaps showing them the long history of the symbols that they already may be using. Or, I might say, "Oh, if you're thinking about grief, here is how someone in the fourth century Mediterranean expressed grief in artistic form," and then link that to liturgical practices or to an artistic project.

I'm a medievalist in particular, but in my classes I typically cover 4,000 years of history in introductory surveys. If I'm working with an MDiv student who is moving into a ministry context, whether that's in chaplaincy or in a traditional ministry setting, I need to make them aware of that history. For example, if you're in a church with a baptistry, and you're thinking about moving the baptistry, you may not think of that as a theologically significant thing. But, if the baptistry is a tiny font that's been tucked in a closet, would bringing it out and making it visible do something theological to your space? How have baptistries functioned throughout Christian history?

You talk about bringing in this rich history and about creating a space where people can create and do art. How is that different than what you've seen at other institutions where you've taught? How is that unique to your style?

Personally, I'm a nonlinear thinker. I'm not a systematic thinker, and I used to try to force myself into that. I kind of felt like that was how I should be thinking, and I've learned that I'm a better teacher and thinker when I'm just myself. A part of that means allowing myself to think visually. I was drawing for a long time before I became a Christian. So, visual art has always been the way that I've processed the world and encountered it, even before Christianity or religion. It makes sense that it continues that way!

Last semester, I was teaching the Religious and Theological Interpretation class. My class probably looks different than most other versions of it, which tend to be more of a hermeneutics class. We touched on that, but then we moved pretty quickly past biblical, theological and traditional textural examples to do things like read graphic novels, plays and contemporary poetry, and, of course, to explore visual art. We need to think about how we interpret culture and human experience and look at that and see theological meaning.

Here's the thing that's different about United than other places that I've taught. At United I know it's not just acceptable but it's welcome to infuse the arts in everything I do. So, even when I'm teaching a class like Medieval Women Mystics, which is not listed as an art class, there's going to be an arts component to that course, because it's medieval church history. In almost all--or I want to say all--of the classes that I teach, I plan to have the possibility for an arts component for a final project. You can do a traditional research paper, or you can do an art project in response to the content of the course.

There are not a lot of graduate programs, besides MFAs, where you can do art and do it in an academically rigorous way. There's still a writing component. You still have to ground it in the readings of the course and demonstrate to me that you're doing it thoughtfully and out of what you've learned over the semester. And that's the thing that's exciting to me about coming to United: the arts are in the very DNA of United. They're in the history of our institution, and they are what has helped us flourish over the decades.

There are other divinity schools around the country, like where I went, that have an arts component or an arts concentration, but it is very compartmentalized. Maybe somebody could take one art class as an elective or something like that, but at United, art is in the chapel! We have the Intersection, where anybody can go into the space and make something. There are events around art. There are of course the Theology and Arts degree programs, but art is infused into the curriculum in other ways.

There are non-arts faculty here who are interested in incorporating the arts and have taken steps to do that, or they at least are open to including it in their content and to having an arts project for a final assignment. I'm excited about how that can continue to develop in the future, and I think the move has been an exciting opportunity to articulate that and reflect on it.

You mentioned not being a linear thinker. What struck me about that comment is that academia rewards linear thinking. I want to hear more about that, because I think that it's something unique about you, that you own it upfront -- not only that you're not a linear thinker but that you process in different modes of communication. And you understand that you have students that process information in different ways. It even ties back to the Bible: there are different modes of communication in it, like poetry and songs. So I would love to hear a little more about being a non-linear thinker in the academic world and how you've seen that help your students.

Well, I try to be coherent for my students, so sometimes being a non-linear thinker doesn't help. Say you have a smattering of students at the U of M who are taking something to fill a general education requirement. When you get really excited about the Middle Ages and start talking about that time period, the students might find that amusing, but you need to present some kind of narrative. I do make a conscious effort to do that.

But, when you asked your question, I immediately thought about pedagogical choices: assignments and assessments. I am very aware that not everyone likes to write a traditional research paper, and it's neither necessarily the best way to assess students nor the most appropriate skill for, say, somebody who's a biology major and taking an art history class. But they should still learn something, and of course it should be rigorous. So you need to ask: What are ways that you can get similar skills through alternative methods?

Last fall was my first semester at United, so I don't have as many examples from teaching here. But one of the things that I did in the art history class was require students to draw in class. That makes some people nervous, but you're not graded on hand-eye coordination or anything like that.

Your educational background is impressive. How did you thrive in the academic world as you were trying to find yourself and find what works for you at such prestigious academic institutions?

Good question... and it presumes that I did that! But it's a good question related to formation and helping students. What are you going to do to equip students to care for themselves and learn how to take those skills into their careers? That is a thing that graduate school often does not attend to or equip students to do after grad school.

One thing is that I did stop drawing and painting for a while. Part of that was a space constriction. I moved into a smaller apartment and didn't have the space, and I also was consumed by the academic rigor of Yale and trying to figure out how to stay afloat. So, for me it shifted to relationships in that time; friendships were really important. That was also when I was first married, so that was a really important relationship to attend to, of course.

I think it's easy to fall into looking at other people and assume that they are doing better than you are, and that they are not also struggling. You can idealize other people's academic tracks. And I think it's common to find out that what you thought was easy for someone wasn't. We're all trying to figure this out, and everybody suffers from the imposter syndrome at one time to another. It's not terrible if it inspires you to continue to do better, to try hard and work. It's not helpful if it causes you anxiety that's debilitating and you don't value the work that you've already done. My husband always says, "Don't write yourself out of your own success." Take ownership of your gifts. United is good at helping people do that.

But, I had all three of my children while I was doing my PhD, so that was at first really stressful and exhausting. But it was also really good in that I was physically forced, in the truest sense of the word "physically," to stay grounded in my daily life. I love the material, but I'm also doing this to support my family, and I want to maintain a healthy schedule. So I think if I hadn't had children at that time, I would have allowed my academic work to balloon and fill up every single moment, which I don't think would have been healthy.

I see myself as the historical memory, not of United as an institution, but of the larger Christian community, because for a long time the emphasis at United has been contemporary art and practice. That's fantastic and very compelling, but I see my role as deepening that and engaging students in a much longer -- like thousands of years longer -- conversation that will give them, hopefully, a better appreciation of current practices as well as material to draw on if and when they want to innovate. I am giving them a kind of visual and performed theological language that they can use, whether that's in ministry or in their own artistic practice.

How Do You Decide If You're Ready for Seminary?