When I agreed to take the position as Director of Student Experience and Culture at United Theological Seminary, I struggled initially to describe what I would be doing to my friends. Before I could form a coherent presentation of my coming duties, they began to fill in the blanks because of the word culture. “So are you the school anthropologist?” “Oh I get it, you are like the cruise director on a boat.” “I see so you make sure the students have a good experience while they are being cultured by the great ideas and thoughts of theologians”.

While all of these comments amused me, it provoked me to ask the question, just what is culture?. Now it goes without saying that “culture” is a confusing word. Merriam-Webster offers six definitions for it. The problem is that “culture” is more than the sum of its definitions. If anything, its value as a word depends on the tension between them. Upon close inspection, “culture” has three divergent meanings: there’s culture as a process of individual enrichment, as when we say that someone is “cultured"; culture as a group’s “particular way of life,” as when we talk about American culture, company culture, or queer culture; and culture as an activity, pursued by means of the museums, concerts, literature, and popular culture that might be studied in a contemporary Anthropology 101 class. 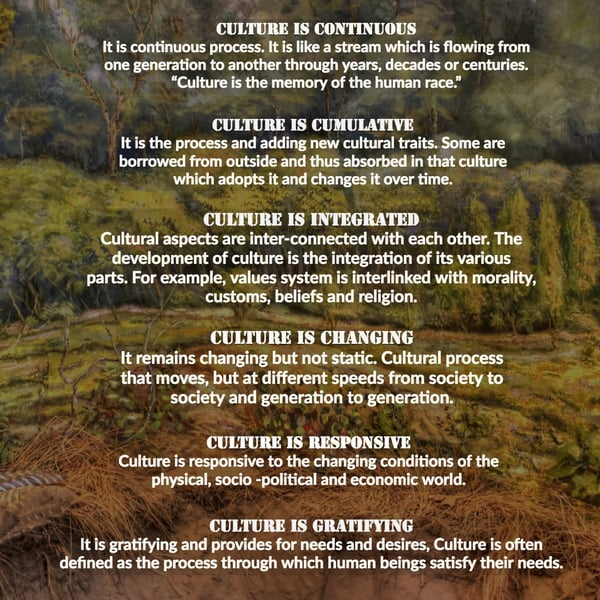 Culture is the unpredictable expression of human potential for its own sake. At United we are making culture every day. My hope is that we will discover and remain cognizant of what it means to be a culture creator, a culture consumer and a culture commentator. It is my hope that in the coming academic year, our habits, expectations, roles, discoveries, and adaptive creativity will express itself in our institutional culture.

Our intention is to create a lively dynamic culture(s) in which the activities, events and offerings contribute to our flourishing as a community of spiritual leaders. Starting in September, a monthly cultural melody will conspicuously be played and presented on multiple platforms for our engagement. Come let us create culture together.

"Those We Have Dismissed May Hold the Very Answers We Are Seeking": One Student's Response to Visiting Author Rev. Dr. Allen Hilton.

United Students Speak Out for the Environment