graduates theology and the arts Theology of Prince African Spirituality

"I am going to make what the spirit brings me:" Alumna Amoke Kubat on Art, Spirituality, and the Theology of Prince

Yoruba priestess, community activist, and local artist, Amoke Kubat graduated from United Theological Seminary of the Twin Cities in 2017 with a Master’s of Arts & Leadership and a concentration in Black Church Leadership. I first met Amoke when I was a new student and she was a recent alumna. We grew to know each other better as the semester continued as she was auditing a class I was taking: Theological Interpretation of the Arts.

“My art has always been a response,” Amoke explains. “Like I wanted to say this to you and somehow we didn’t have enough time or hadn’t thought it through to process it. I kind of work it out in my head -- a response to something I saw, something I felt, something I dreamed.” 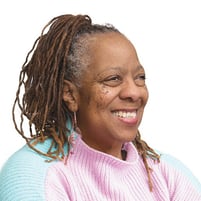 Through writing, weaving, painting, doll-making, or performing, Amoke says art is a form of communication. “I am a reluctant priestess, always have been. I am very introverted. I can only use about two hours of being with people, and after that, I want to crawl under a rock! So, my priestess work and my artistry is more in the art itself: those messages, those commentaries.”

The truths that art communicates are clear both in what Amoke discerns from paintings discussed in class and in her play ANGRY BLACK WOMAN and Well Intentioned White Girl: “I was in a meeting and someone said I was angry, and in my head I go ‘Oh my god.’ Later, I see my friend, a white woman. We hadn’t seen each other in a while, we’re hugging, and I let out a sigh: ‘I am so tired of being considered the angry black woman when I am passionate.’ And my friend saw it and said ‘Yeah, by the ‘well-intentioned white girl.’” And I said “Ah, you know something huh? Maybe we should talk about this.’” 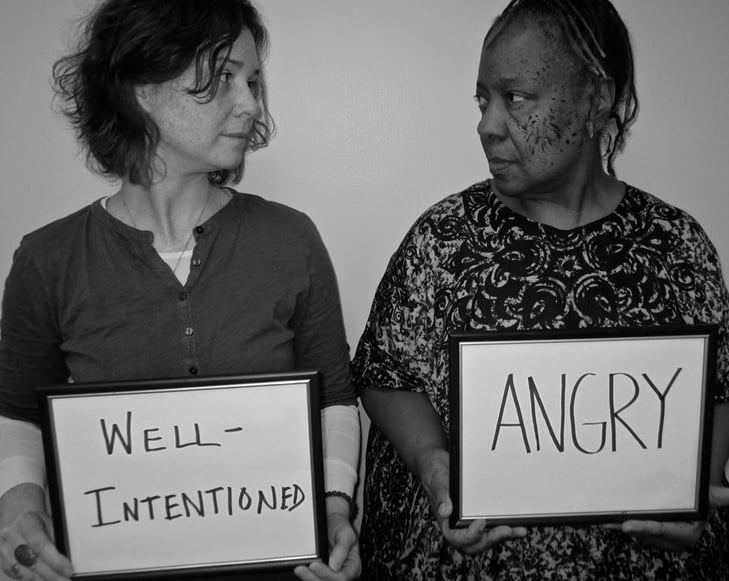 Amoke and her friend continued to have conversations about the tensions between black and white women, particularly in Minnesota. Conversations led to workshops, workshops to a script, and in 2016, ANGRY BLACK WOMAN and Well Intentioned White Girl was produced at Intermedia Arts with Amoke acting in it. “It had two sold out shows, and they wanted to third. But i said no, I’m exhausted I can’t do it. I’m not an actress, I learned my lane,” Amoke laughs. “I couldn’t even remember my own dialogue. And being a first time playwright, my first monologue was three pages! So I’m trying to do a monologue--had clues everywhere-- but at one point I just picked up the script and started reading it. I said what are they gonna do, kill me onstage?” Still in 201, the play has received several public readings, and Amoke is in the process of having the play tour.

When it comes to Amoke’s artistic process, it is one of spiritual embodiment. “I am a person who is very embodied. I feel things through my senses. I think I have more than five of them. I think I use more than five at least!” Sitting in the Intersection at United, Amoke gestures upstairs, where a dress she built is on display. “The textures of beads to my hands felt so familiar. When I let loose and said I am not going to make this traditional African costume, I don’t have the tools, the time, the know how, the mentors. I am going to make what the spirit brings me. I would listen and it would be like “Oh you need some blood.” And I would be like how do you translate blood without flinging it on the cloth! And I would go “feathers!” And then I would run around Michaels grabbing all these red boas. The project started evolving. Sometimes something didn’t look right; I’d rip it off-I had to trust the process, the spirit. I had to listen.”

More recently Amoke received an award at United for an essay on the Theology of Prince. “Prince was a creator that for all happenstance was the seed that busted through a sidewalk, the frozen tundra of this place. There’s kind of a joke about the Midwest that there is Black people in the Midwest and the punchline is why? That was something eye-opening to think about, this landscape where people come from. Black people historically have been disenfranchised with land bases, having property and being property, and tilling land for free. And here’s this amazing person that’s everything that doesn’t add up to the norm He was diminutive in stature, he comes from a family of poverty with abuse in his lifetime, tragedies that he didn’t speak of, but there was something in him that said i’m gonna bust through all this and I’m gonna make music.” 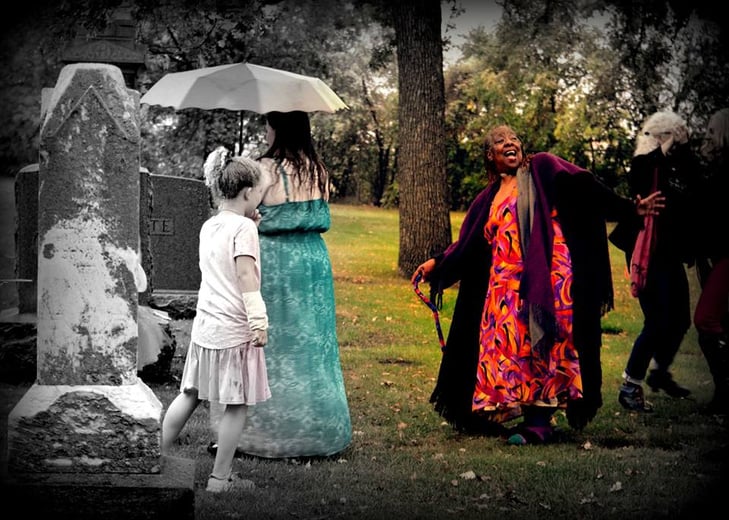 (Photo by current student Lisa Myers, and a visual art winner for Theology of Prince prize).

A greater understanding of the human spectrum is clearly evident throughout Amoke’s visual art, her writing, her comments in the classroom, and in her advice to people looking to study at United. “This is a journey of self. I think it’s okay to come with some pre-ideas of where your destiny is, but be open to so much more. Be open to learning about yourself. Come with your preconceived whatever, but come as open as possible and as empty as possible.”

Listening to Amoke, one cannot help but feel inspired to go out, to communicate, and to create. “As a person who likes to create,” she advises “you are going to make stuff that people don’t like, you are going to do stuff that you don’t like. But you don’t stop there in that deadzone.” For Amoke, art has been a tool of dialogue, transformation, and “ a way to express the divine.”

What is a Military Chaplain?

"The role of a religious or spiritual leader is ...to inspire and create wonder:" President Lew Zeidner Addresses the Graduating Class of 2018

Video of In Conversation with Craig wright and Dominic Papatola