Biblical Drag: Performing Gender with the Song of Songs.

From He to She, from You to Me: Worship as Drag in the Song of Songs

I always thought of the Song of Songs as a dangerous text, in large part because I never really studied it in all nine years I attended a Conservative Jewish day school. For the most part, I still think it is a dangerous text. Dangerous at least to rigid understandings of gender and to a culture that opposes the body. Still, I believe that the Song of Songs exists in a patriarchal world and was most likely written by a male writer. However, even if the Song of Songs is an example of men fantasizing the feminine, locating the Song of Songs in a practice of fantasy means that the poem is always in danger of critiquing ontology. I mean that, while it is an act of violence to deny the ontology of women as real, complex people with their own voices, there is also liberation in creating spaces where people-- despite the limits of their bodies and cultural contexts-- can play as, speak as, and imagine themselves as other people.

In Judaism, Song of Songs has mostly been sung aloud by Ashkenazi Jews on Shabbat during Pesach and weekly among Sephardic Jews on Shabbat. The majority of both Ashkenazic and Sephardic Jews who do this are Orthodox and recite the poem solely among men. But even in this exclusionary, androcentric milieu, I am acutely aware of a kind of queerness in the text.

On paper, Song of Songs is complicated. It is all first and second person. It is dialogue. It is not heady, primarily philosophical or abstract, but embodied, descriptive, imagistic, and erotic. When I read the translations of the book, I note headers like “Colloquy of Bride and Friends” and “The Groom and His Party Approach”, but in the Hebrew text, there are no headers. I only see change in speaker as or after I read the changes in subject or object. Characters switch; voices bleed into others. As a reader, I move constantly between subject and object of love. I read the feminine praise the masculine, the masculine praise the feminine, and my understanding of my own gender becomes unstable.  Whose voice do I resonate with more? Whose desire?

Again with the traditional example of a man reciting the text out loud in a group of other men, there is a performance of gender multiplicity. It is a public act of reading aloud how beautiful a man is, while standing beside other men. It is a public act of speaking as a woman, even if just a fantasy. It is a communal celebration of being both beloved and lover. Even if all the people reading do not believe the words they are speaking, the image of seeing a man expressing love for a man could resonate with someone in the group or with an onlooker, making that kind of expression of love a possibility. Similarly, if someone who “looks like a man” speaks as a woman, that opens up a possibility for transness. That opens up the possibility for gender and gender expression not bound by sex.

To see the fruit of such fantasy, I look to examples of homoerotic Jewish medieval poetry like Samuel HaNagid and Yishaq ben Mar-Saul describing their beloveds as gazelles; I look to the Klezmatics 1990 album Rhythm and Jews with the song “Honikzaft”, a Yiddish translation of Song of Songs making explicit a same sex relationship; and I look to the influence of the Song of Songs in my own work as a gay poet.

I think of the Song of Songs as a kind of literary, Jewish drag. I respect that there are misogynistic forms of drag that can lead to mocking women, but for me and many others who practice it, the artform has been an extremely liberating practice in reconnecting to our own femininity. Drag has been a practice in learning about my body and loving my body. Drag has been a practice in speaking what society wants to keep silent. As a genderqueer person, speaking and imagining outside the gender I was assigned at birth has allowed me to connect with other people, with the divine, with queer ancestors, and with myself.

The Song of Songs is an ambivalent text in regards to whether it is feminist or antifeminist.  It should not be read only by men and for men. The exclusion of other genders from sacred, critical and creative engagment with the text is a form of patriarchal violence. Rather, I think the Song of Songs is an important work because of its ambivalence. The text, with its multiple voices, ruptures a statically gendered self. Reciting Song of Songs challenges the limits of what is possible for a given body to speak, to want, to know, to touch, and to love.

This paper was developed in the class CH131: Interpretation as Resistance: Womanist, Feminist, and Queer Approaches to the Bible, taught by Dr. Alika Galloway and Dr. Carolyn Pressler. 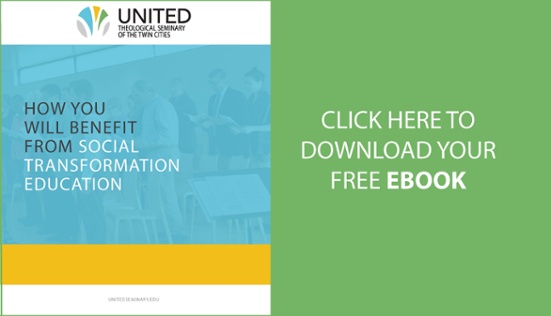 Spirited Communities: "Our studies inspire our artworks"
events  interfaith  theology and the arts  gallery  Art  intersection
"We cannot allow ourselves to become numb to the injustices of our society": President Lew Zeidner's MLK Day Address.
social justice  Theology  events  Voice
Luther for the Rest of Us
hospitality  reformation  welcome  grace