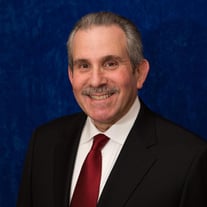 (St. Paul, MN, December 15, 2020) -- The Board of Trustees of United Theological Seminary of the Twin Cities announces the retirement of President Lew Zeidner, PhD. Following a significant tenure at United, Dr. Zeidner will retire in early 2021 when United welcomes an Interim President.

“We celebrate and are grateful for Dr. Zeidner’s significant contributions to United and the foundation they provide as United goes forward in educating world-transforming spiritual leaders in all areas of church and society,” said David Anderson, Chair of the Board of Trustees.

Dr. Zeidner began serving as president in 2016 with eight years of prior involvement as a member and Chair of the Board. Under his leadership, United developed a long-term strategic plan for the seminary, including moving the school to a more centrally located, accessible, and vibrant new campus in St. Paul; increasing enrollment; and investing in robust distance learning technology that has opened the seminary to students across the country. In addition, during his tenure new faculty joined the community, new partnerships were formed, and the curriculum was enhanced to deepen students’ spiritual formation in preparation of their vocational pursuits. These contributions resulted in the seminary this term welcoming the largest number of enrolled students in over a decade.

“While historically seminary education was largely vocational preparation for careers in ministry and chaplaincy, its effectiveness at preparing ethical leaders has created relevance for those seeking leadership roles in a wide array of settings,” said Zeidner. “Our times and broader societal challenges make this education a critical component in the formation of all future leaders.”

The United Board of Trustees has formed a search committee to name an interim President within the next sixty days. Dr. Zeidner will continue serving as President until a successor is appointed and will continue in a consulting role to assist the new Interim President and the Board of Trustees. A celebration in recognition of Dr. Zeidner will be planned when in-person gatherings are possible.

Historically rooted in the United Church of Christ, United Theological Seminary of the Twin Cities has been on the cutting edge of progressive theological thought leadership since it was established in 1962. Today, United continues to train leaders who dismantle systems of oppression, explore multifaith spirituality, and push the boundaries of knowledge. Learn more: www.unitedseminary.edu.

Movies for What Ails You: Reflecting on Holiday Favorites.