If you’ve had class with me anytime in the last six months, you may remember my asking you to remember the “Sanaa 6”in your prayers. These were a group of six Bahá’ís in prison in Houthi-held Sanaa, one with a death penalty hanging over his head just for being a member of the Bahá’í Faith. But this is one story that ultimately had a happy ending, as Ghaderi has recently been reunited with his family. --Karen Webb

It sounds Kafka-esque. People are rounded up in the middle of the night, hauled off to jail, their possessions rifled through and confiscated. Ultimately, they are charged with counts of espionage (typically of spying for Israel) and “corruption on earth.” They are denied counsel, tried and convicted on baseless evidence only to have the system play head games with them by scheduling appeals and then delaying those appeals again and again. Their captors offer immediate release if only they will sign a document recanting their faith. 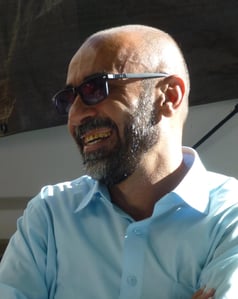 Yet such was the story of a group of  Bahá’ís I started calling the “Sanaa Six” when their story broke about four years ago. Things got especially tense when one was sentenced to death shortly after news of the imprisonment was released. Sanaa is held by the Houthi, who are supported by Iran, which has a similar track record with Bahá’ís and other prisoners of conscience.

In March, we were horrified to learn this death sentence had been upheld. Three days later we learned that the head of the civilian government in Sana’a had not only commuted the death sentence but had ordered the six prisoners released. We rejoiced—this was a miracle!

March concluded. April came and went. May. June. Finally, in July, we learned that all six had been released—only to be sent into immediate exile. And one of them ended up virtually on my doorstep, of all places, just as the school term started. 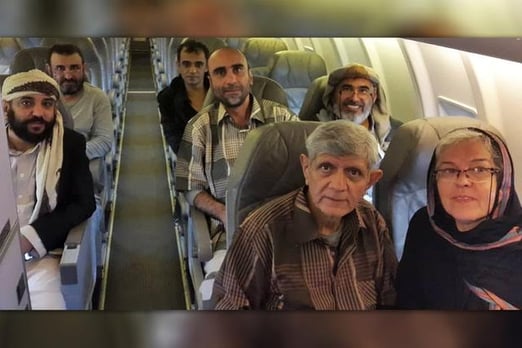 Kayvan Ghaderi spoke to a group of us about his experiences as part of a program for an important Baha’i holy day in late October. Four years of imprisonment on trumped up charges had left him surprisingly unembittered. In fact, his demeanor is cheerful, his face radiant.

“Jail over here is not what it is in Yemen,” he said. He indicated the meeting host’s 2-car garage. “Twenty of us shared a cell this size, and one bathroom that took up part of that space. There were no windows, so we only got fresh air when they let us out into the prison yard every 10 days or so.”

He knelt and measured out a space the breadth of about two hands. “We had about this much space to sleep in, so I got used to sleeping on my side between two other prisoners.” His eyes crinkle with laughter. “The day we were released and shipped off to Addis Ababa, the human rights groups who were helping us put us up in a nice hotel, and I couldn’t sleep in this nice, spacious bed!”

Complicating matters was that Kayvan and another Bahá’í man were thrown into a cell with members of ISIS and Al-Qaeda! “Extremely devout Muslims would regard us as unclean and not eat from the same serving bowl or wash their dishes in the same sink. One of these guys was known to have beheaded four people and personally killed eleven others! Surprisingly, we made friends with about half of them and the rest left us alone.” 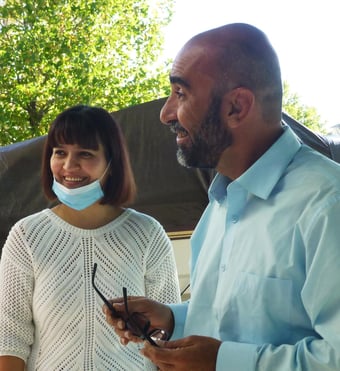 Because the jailers knew Kayvan and his friends were Bahá’ís, they noticed when a Bahá’í text made its way into Kayvan’s hands courtesy of his family—and confiscated it. “Our families got very creative about getting our sacred texts to us. For instance, they were allowed to bring us cigarettes, which in Yemen come in packs of 40. So they would copy entire scriptures in tiny writing on the inner liner of the cigarette packs and get them to us that way.”

Kayvan and friends were repeatedly made offers of release or better treatment if they would just recant their faith, but they remained firm. “When I told my family about one of these attempts, they acted like they thought I was considering recanting. ‘No! No! Don’t do it!’ they said.” He narrates this with a laugh that they didn’t understand this was the farthest thing from his mind.

“There’s a song, ‘This is My Life Now,’” he recalled, “and that was how I came to think of my imprisonment. And, of course, prayer sustained me, sustained all of us. But we have to remember, God is not Google. God answers in God’s own time.” 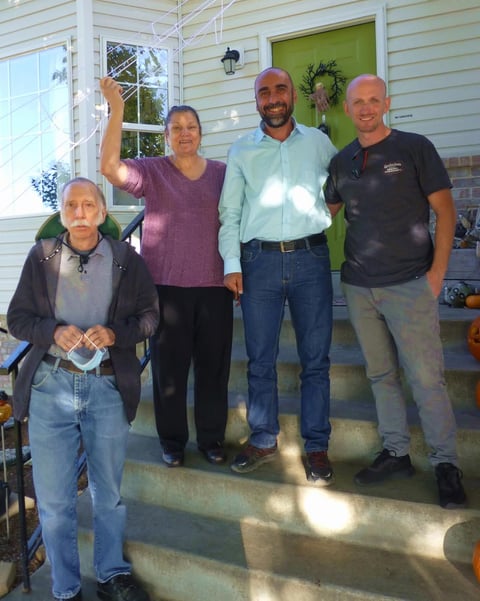 Karen Webb is a student United working on an MA with a directed studies concentration in Baha'i Faith and comparative religion.

VIDEO: Seeking Justice, Caring for Community: Preparing for the Days Ahead