As incoming students get ready to embark on their seminary journey this fall, faculty members took a moment to consider books they read at the beginning[...] 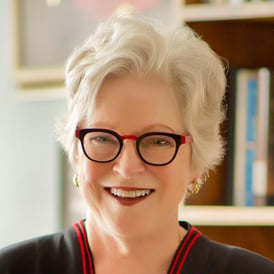 The Board of Trustees of United Theological Seminary of the Twin Cities has unanimously selected the Reverend Dr. Molly T. Marshall as its Interim President beginning March 1, 2021. The selection followed a comprehensive search and thorough vetting of candidates by a search committee with representation from trustees, faculty, staff, students, and alums. The search followed the recently announced planned retirement of President Dr. Lewis P. Zeidner.

Marshall most recently served as the President of Central Baptist Theological Seminary in Kansas (2004 – 2020). During her tenure at Central Baptist, she implemented strategic plans to dramatically increase student enrollment, stabilize the school’s finances, increase fundraising efforts, and create a culture of inclusion.

“The committee was engaged by Dr. Marshall’s effective balance of administrative, fundraising, and academic leadership skills, including her strong track record of organizational success within theological education,” said Dr. Jack Rossmann, the chair of the United Search Committee. “We are witnessing more and more students called to United – a progressive seminary with a unique curriculum that incorporates the arts, social transformation, and interfaith pursuits. We look forward with faith-filled hope to Dr. Marshall’s strategic leadership as we continue to equip those called to ministry and service in all areas of church and society.”

In accepting the role of Interim President, Marshall said, “Not only does a seminary seek to ‘receive all as Christ’—the seeker, the uncertain, the faithless, the wounded, the skeptic—it also provides a space for the creativity of the Spirit to be made welcome in individuals and the whole community. I look forward to joining the United community and participating in strengthening its mission alongside faculty, staff, students, alums, the Board, donors, and friends.”