By United Theological Seminary05, May 2022 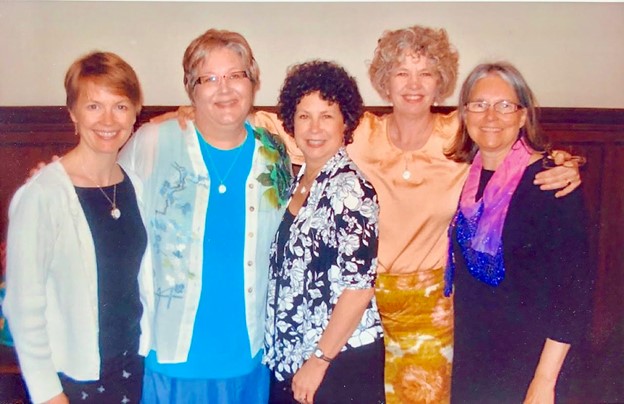 How does the United Theological Seminary of the Twin Cities foster community? The JoJos—five women who attended the seminary more than a decade ago—are a perfect example. Each came to the seminary heeding a call to service that could not be denied. At United they found their purpose and each other.

LuAnn Sulimann (’11, MDiv) grew up in Iowa within a Roman Catholic family. After getting married, moving to Minnesota, and raising her children in a Lutheran church, LuAnn began to question her beliefs. A pastor suggested she attend United to investigate her faith more fully.

Originally a singer and songwriter, Ruth C. MacKenzie (’11, MDiv) was drawn to United’s focus on theology and the arts. She didn’t intend to become ordained, but as she says, “the more I studied and the more I was part of classwork, the more it began to shape me and I decided to pursue my master of divinity.”

Jackie Falk (’12, MDiv) graduated from college in 1970. After raising a family and working as a paralegal in Duluth, she “hit that midlife bump” and began to question what was next. She decided to attend seminary and since she had been a longstanding member of a UCC church, Jackie explains, “United was our best bet.” It also didn’t hurt that United’s professor emerita, Rev. Dr. Carolyn Pressler, told Jackie that she was “a natural theologian” during a Bible study session.

Like Ruth, Zoe Kuester (’11, MDiv) is very creative. She was a performer and director in professional theater until she realized she wanted to serve a greater purpose. After taking family social science courses at the University of Minnesota, Zoe came to United to explore the tie between spirituality and psychology.

Karen Larson (’12, MDiv) grew up on a dairy farm in southern Minnesota, earned a bachelor of science in agricultural journalism at the University of Minnesota, and worked for more than two decades as an advertising copywriter. When her father was dying, Karen took Fridays off to learn more about his life. Their conversations inspired Karen to think more deeply about her own future. Her pastor suggested she attended United to explore theology.

The Origin of the JoJos

In one of her classes, Ruth remembers, a teacher emphasized how important it was to leave seminary with trusted colleagues. With that thought in mind, she decided to ask a few fellow students to meet outside of class. Initially, the idea was to study the book of John (thus the JoJos), but as the women kept meeting, it was clear the focus was growing much broader and deeper. As Ruth explains, “Pretty quickly we realized we were more than a study group. We wanted to be a group for support, accountability, and helping one another be better ministers.”

And they needed each other’s support. LuAnn relates that she found herself overwhelmed at being back in school, sitting in the hall crying and wondering what she had gotten herself into after her first class. Karen had questions about her call to ministry. “The JoJos,” Karen shares, “were key to helping me understand my call and they continued to help me through crises, big moves, and life transitions.” Jackie and Zoe enjoyed the deep discussions and freedom, as Zoe puts it, “to be true to yourself and your whole honest authentic self.”

It helped that all five women came to the seminary well into adulthood, at a turning point in their lives. Jackie relates a story about Ruth and her conversation with a Unitarian Universalist elder: Ruth had mentioned that she was going to be a pastor, and he replied, “Well, you better get moving because you are no spring chicken!” Chickens became the group's personal symbol after that. Jackie admits that they even have chicken dish towels and tiny plastic chickens. 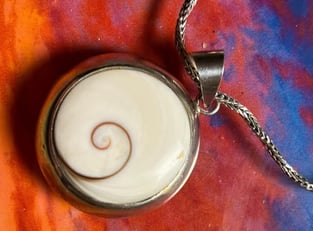 A more enduring item they share is a special necklace—a rich cream-colored round into which is laid a spiral design. Ruth gave the necklace to all of the women and they began to wear them every time the JoJos got together. Wearing the necklace, notes Jackie, helps them “remember the JoJo mojo; when we take a risk and do hard things, we are not going alone.”

When they started the JoJos at United, the women met every month. Since leaving and going their separate ways, the women have kept up that monthly meeting schedule. During COVID, the meetings became even more frequent and important.

What kept the group going? “Truly being friends to one another,” answers Ruth.

Jackie puts it this way, “I think it is the soul comfort we find. We don’t judge one another and give feedback. Most of all we speak the truth and love one another.”

“Funny thing to say,” adds Zoe, “but it is so therapeutic and refreshing to be able to talk at length about something you are concerned about and to have wise and attentive friends.…It is like a clearing circle.”

For Zoe, “Seminary was a giant exploration of spirit, ideas, and the nature of God.” Once she became a pastor, Zoe discovered that “there is not a lot of opportunity to fully explore some of the challenges that come up.” She served at several UCC churches in Minnesota and Wisconsin and is now pastor of Spirit of Peace, an interdenominational church in Minnetonka. Zoe relies on the JoJos to keep her centered. “Meeting with the JoJos,” she asserts, “is like therapy.”

Though she never intended to become ordained when she started seminary, Ruth became the full-time minister at First Universalist Church of Minneapolis upon leaving. Now Minister Emerita of First Universalist, she recently signed on to become a part-time pastor in residence in Dallas, Texas. 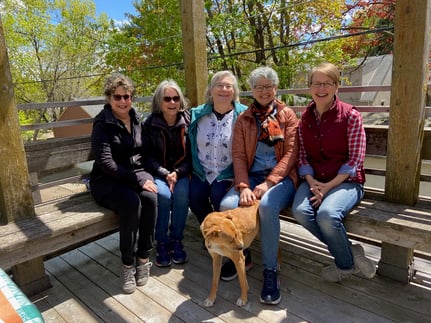 After graduating from seminary in 2012, Jackie served as the faith formation pastor at Peace United Church of Christ in Duluth. Then, in 2018, her ministry went in a different direction. She became the part-time spiritual resource and Christian chaplain at the St. Louis County Jail in Duluth. Many prisoners have experienced trauma and abuse. Jackie offered individual pastoral care, and since retiring, has been working to promote ways to help heal adults who have a history of trauma.

With the exception of Jackie, the JoJos were based in the Twin Cities right after seminary. Karen started as an interim associate pastor at Westminster Presbyterian Church in Minneapolis, but then served a two-point parish in rural north central Nebraska for a few years. In 2017, she was called to Zwingli UCC in Berne (south of the Twin Cities) where she is pastor.  Karen also serves on United’s Alum Council.

LuAnn, who attended seminary to learn more about scripture and theology, and to see if she could be a successful student, never felt the call to be a pastor. Instead, she has used the skills and knowledge gained at United to offer premarital counseling, officiate weddings, and help others walk through life. “I don’t know what I’d be like if I never discovered anything about progressive religion,” she confesses. “I have profound gratitude for the person I am today that I owe to United and the JoJos.”

Why did they all support the Pressler Scholarship? LuAnn explains: “All of us feel a particular bond with Carolyn Pressler. She taught my very first class at United when I was still questioning my decision to enroll. If not for that first positive experience with Carolyn and the Old Testament, I may not have continued my seminary education.”

Several other JoJos, who served as teaching assistants for Rev. Dr. Pressler, found in her a friend and mentor. In turn, Carolyn’s love of teaching, the Hebrew Bible, and her students helped the JoJos become transformational leaders who are serving, changing, and healing the world today.

How Do You Decide If You're Ready for Seminary?