The “What Is” and “What If” of Chaplaincy 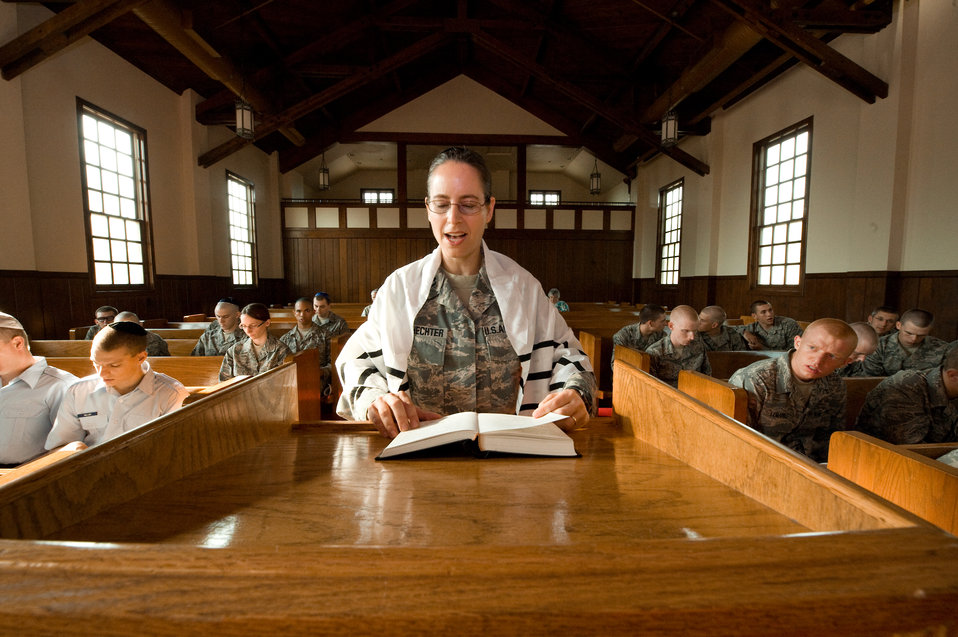 Conscious and deliberate acts of caring are a unique human attribute. The need to care and to be cared for is essential to the survival of all human groups. We create communities, cultural norms, ethical frameworks, social constructs, and beliefs that help guide our choices, to make our lives meaningful and understandable. We make commitments, form families, and care for family members by nurturing their growth and development. We develop shared interests and identities with other families, seeking to sustain our wellbeing, survival, and flourishing. Yet, when we are baffled, suffering, scared, fearful, or engulfed in physical pain or moral dilemmas, we have traditionally sought care from religious and spiritual institutions. It is here, that we bring the full palette of our human spirituality to be acknowledged and addressed, seeking love and authentic relationships. We bring our desires for forgiveness, mercy, and autonomy. We bring our claims of faith to help us make meaning in the midst of the limited and fragile security of a human life. We bring our need for hope and vision, to satisfy the self-consciousness of our finitude. We want to be ethical and honest, humble, and grateful in a world where justice is fleeting and duplicity and evil are gratuitously on display. We bring our broken, ill-formed, halting questions and curiosities to religion and spiritual sources to be tended to, laid bare, and cared for.

Within the monotheistic traditions of Christianity, Islam, and Judaism, the caring arts of healing, reconciling, guiding, and sustaining those in distress or crisis have been the work of those both designated and trained as ministers, imams, and rabbis. Their job has been to hold a safe place for these vast and unpredictable spiritual needs and circumstances. These caregivers must function in their traditions and provide receptivity, relatedness, and focused presence that invites ambiguity, transcendence, mystery, and transformation. This is the work of pastoral/spiritual caregivers. It is also the work of chaplains.

The figure of the chaplain in the western world has always been an ambiguous figure, a minister whose duties lie away from church authority or the demands of a congregation. In secular institutions such as hospitals, prisons, and the military, the chaplain’s role remains ambiguous since, unlike doctors, guards, or soldiers, the chaplain is an explicit broker between the sacred and the secular.

The role of the chaplain and the social perception of chaplaincy in America have both changed significantly since World War II. In the mid-twentieth century, patients, inmates, and soldiers imagined that chaplains had specific ministerial resources that were particular to each denomination, such that Catholic priests, for example, could offer services that no other denomination’s chaplains could. Today, however, chaplaincy is far more generalized and less identified with any particular religious or spiritual tradition. Today, chaplains practice a “ministry of presence,” a stripped-down form of witness, that is a “suffering with” those seeking spiritual guidance. Chaplains are trained to de-emphasize their individual religious identities so that they can provide a non-imposing, non-coercive presence, letting care-seekers take the lead in terms of any religious specificity. At its core, chaplaincy is about taking the “sacred” out of the church, mosque, synagogue, and temple to bring it to the people, wherever their circumstances. No matter where people are encountered, a chaplain meets them where they are, physically or spiritually, and offers support. Chaplains listen. They bring a sense of the sacred, of wonder and awe, to a secular context. They address particular needs and assist care-seekers in meaning-making and reflective processes during incarceration, on a Navy ship, in a treatment program, in a hospital room, and on college campuses. In all these endeavors, chaplains provide the non-religious and the religious a rich tableau of authentic human caring. The chaplain’s goal is to provide a healthy caregiving relationship in which a person can bring all of him or herself and present herself vulnerable in front of someone else. The chaplain’s job is to create and hold a space for this to occur. It is the work of the chaplain to be available, to be present, for people to face their fears in the presence of someone with time to care.

An interesting trend is emerging. Many recent seminarians entering the ministry are well aware that they may need to consider a bi-vocational path to ministry, as fewer and fewer opportunities for full-time ministry are available.

According to research on seminarians, 25 percent of ministers are working as community ministers outside of congregations, with the majority of those ministers working as chaplains in large secular institutions. As the adult population continues to trend towards having fewer bonds to traditional institutional religion, as they explore more broad-based spiritual expressions, chaplains will continue to be instrumental in shaping spiritual care in the future.

Yet the potential power of liberal religious chaplaincy is often relegated by denominations to the less optimal side of ministry. I have heard people say, “Oh, well if you can’t find pulpit, you can always be a chaplain.” Even in what is the very best about us, we liberals and progressives too have fallen short in the care department. Our rationalism has been used not just to defend reason and science and learning and inquiry, but also to defend us from feeling and involvement and emotion and concreteness. Our acknowledged anxiety too often keeps us away from places where concrete suffering is being faced or endured or encountered.

The classical modernist liberal orientation that makes us reliant on human ability, intellectual stamina, and cognitive powers, leaves little room for the moving of the spirit, human frailty, distress, and psycho-social dysregulation. While religious liberals were among the first to embrace the scientific discoveries associated with the complex intricacies of human nature found in science, they were less likely to incorporate these learnings into the “care of” souls. Many ministers and congregations understood “care” as providing advocacy for social ills, mental health, and charitable efforts to collect food and clothing for the poor. This outward-looking, “other-than-us” gaze still prevents us from staying at the foot of the cross during the crucifixions of the many.

But what if the paradigm changed?

What if chaplains were viewed as spiritual theologians and multifaith brokers?

In the increasing multifaith setting, generic chaplaincy is becoming the norm, with chaplains journeying alongside people of different faith groups. Liberal and progressive theological constructs "do" theology that is comfortable with more questions than answers. Not only are chaplains “being theologians” as they journey alongside people, they are “doing theology” when they reflect critically on these encounters.

What if chaplains were viewed as spiritual curators?

Everyone, we might say, “believes in” someone/thing or shows some sort of commitment to an idea or philosophy. Chaplains are in the unique position of being able to understand this and aid a person’s “faith journey” – whatever that may be. Faith communities should encourage its members to develop their own robust theology based on experience, reason, and spirit, given the increasing religious ambiguity in our culture. As chaplains, we do not just provide simplistic platitudes, blessings, and prayers. Instead, we journey with people as we address the particular individual needs of that person’s narrative. We are able to draw on a wide variety of spiritual/religious/philosophical content to assist care-seekers as they affirm their current beliefs or explore new possibilities for comfort and community.

What if chaplains were seen as interpreters?

Chaplains must be nurtured to be well-versed in the variety of spiritual texts found in our culture in order to be able to understand the languages of spiritual pain for care-seekers. That means knowing about Beyoncé’s Lemonade as well as the gospel of positive thinking. The training and sensitivity that is required for this is an expectation of ministers who have studied world religions and are accustomed to functioning in congregations and communities who utilize a variety of “texts” in the broadest sense.

What if chaplains were seen as prophetic voices?

Sometimes chaplains have to have a distinctive role as a prophetic voice – standing out in the face of injustice or unethical issues. This can manifest itself in the role of arbitrator between peoples -- staff, patients, and families; in fact many problems and public scandals within institutions do not occur precisely because a chaplain has been in the right place at the right time. The specific training of chaplains makes them well-suited to mediate and intervene on issues of social justice, pluralism, and oppression, concerns that may impact a care-seeker’s service-outcomes.

What is your “what if”? Let’s keep the conversation going. I would love to hear from you. khutt@unitedseminary.edu

ADVENTure TIME: Theology and the Arts Students Write Litany for the UCC Board of Pensions

Unexpected Healers: How the next generation of chaplains is changing the way we think about spiritual care

“How Deconstructing My Beliefs Has Made Me a Better Faith Leader:” An Interview with Sarah Berge

What is a Military Chaplain?