Water is Life: A Sacred Witness

The voice of a young Indigenous drummer echoed out over Lake Itasca at the headwaters of the Mississippi River as faith leaders, elders from the White Earth Nation, and climate activists from a variety of traditions gathered last weekend in a respectful prayer circle. Other spiritual voices included a Muslim call to prayer, Jewish singing, a Zen Buddhist chant, a Unitarian Universalist prayer/poem (included in this post), and a Christian homily. Organized by Minnesota Interfaith Power and Light, Honor the Earth and the RISE Coalition, the event focused on protecting waters sacred to indigenous peoples and necessary to sustain life for all in this region. Rev. Karen Hutt and Rev. Dr. Justin Tanis, joined by their families, represented United Theological Seminary. Rev. Hutt led the UU contribution to the program, drawing connections between the experiences of African-American and Native experiences of water, which you can read below.

Much of the activism centered on stopping Line 3, a proposed new oil pipeline from the Tar Sands reserve. This line threatens the waters of the Mississippi and Red Rivers and the Great Lakes water region. Water Protectors have been active for more than four years speaking out about the dangers this poses and calling for the economy to move away from fossil fuels and into new, sustainable sources of energy. You can read more about their work here. This gathering was a powerful reminder of our responsibilities to care for this sacred land and take immediate action to ensure the survival of all living things on this beautiful earth. 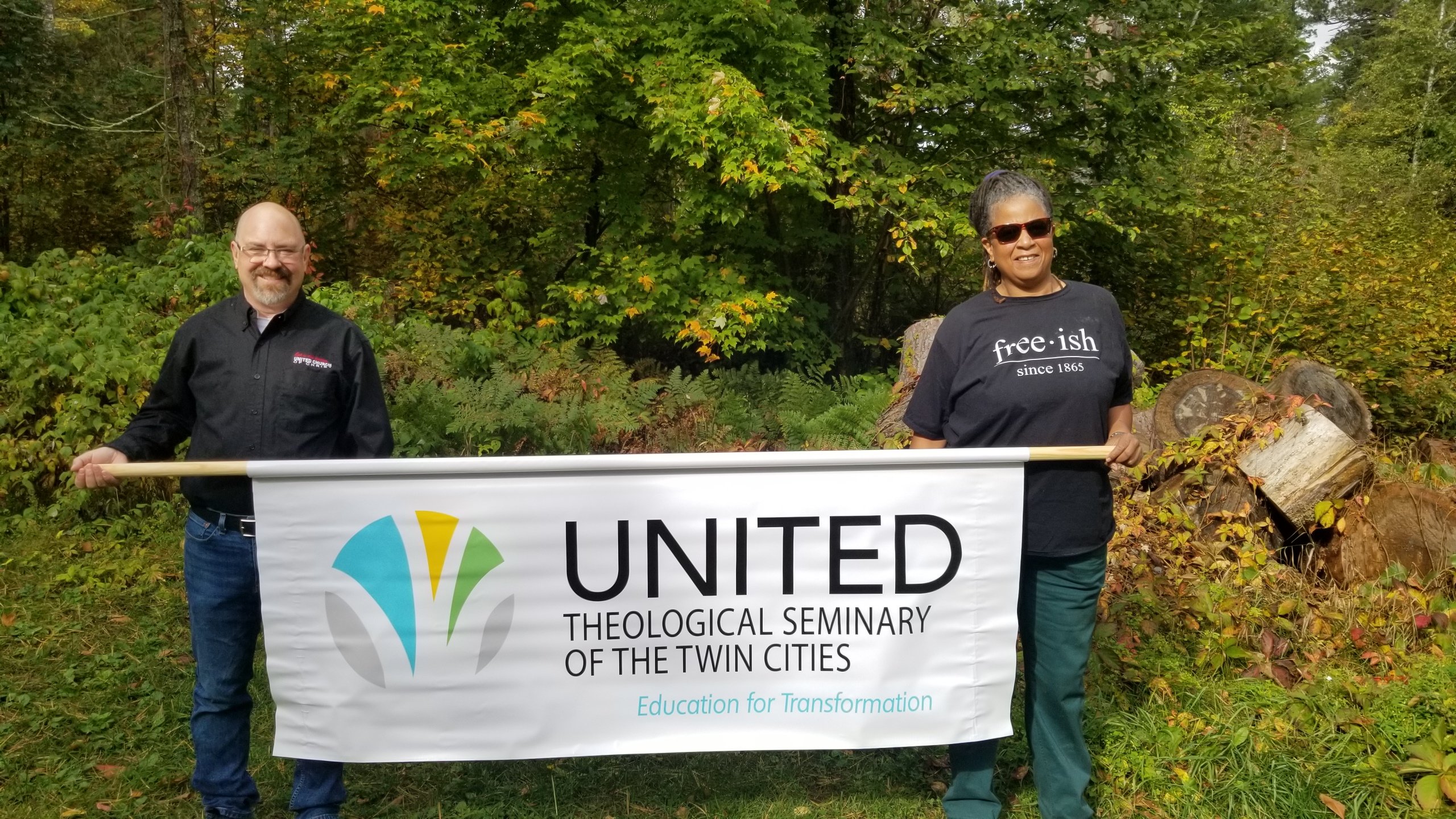 400 years ago in 1619 my people were cajoled and captured on the beautiful shores of Africa where the water had been a friend, a guide and a salvific substance of survival.

For 240 years my people entered the waters of the Atlantic oceans of Southern and Western Africa, where the water was now an enemy, a destroyer of families and a threat to all that was their humanity.

For 200 years we chose the waters for death rather than live as chattel, as property as subhuman entities whose only use was viewed through the evil twins of imperialism and capitalism.

But along the way at the shores, on the river banks, in the marshes, in the swamps and bayous, we met you our native siblings at the water.

We met you at the water banks as we dugout the coastline of the Carolinas planting rice for profit.

We met you and saw you plant your rice on the plains and cheered at the abundance of your harvest as went west to create our own free towns.

We met you on the battlefield and at the waters river and the sea’s edge as we joined forces and united against the invaders and enslavers beating them back destroying their enclaves and plantations, as we merged our armies of freedom and self-determination.

Our stories are unique as we Africans in Americans and you Indigenous Natives of this your land have in common that, our recent 500 years history has been one of fighting back against a government of white supremacy in the most visceral manner.

We have been moved, categorized, legislated and debated more than any other group in this country.

We have both been defined as 3/5th of a human or onto parcels of land designated by the government with subpar rations of food.

We are the reminders that this country’s bills have not been paid,

We are the reminders that repentance has not been sought.

We are the reminders that the mules, the 40 acres and the water have not need returned or restored to the glory of spirit.

Let the raindrops of resilience pour down on us and we will stand in that storm.

Let us continue to support one another for our continued survival in the belly of this beast called America.

Listen to what the water says because the drops are our truth.

Listen to what the water says because we will not be removed or disappeared. 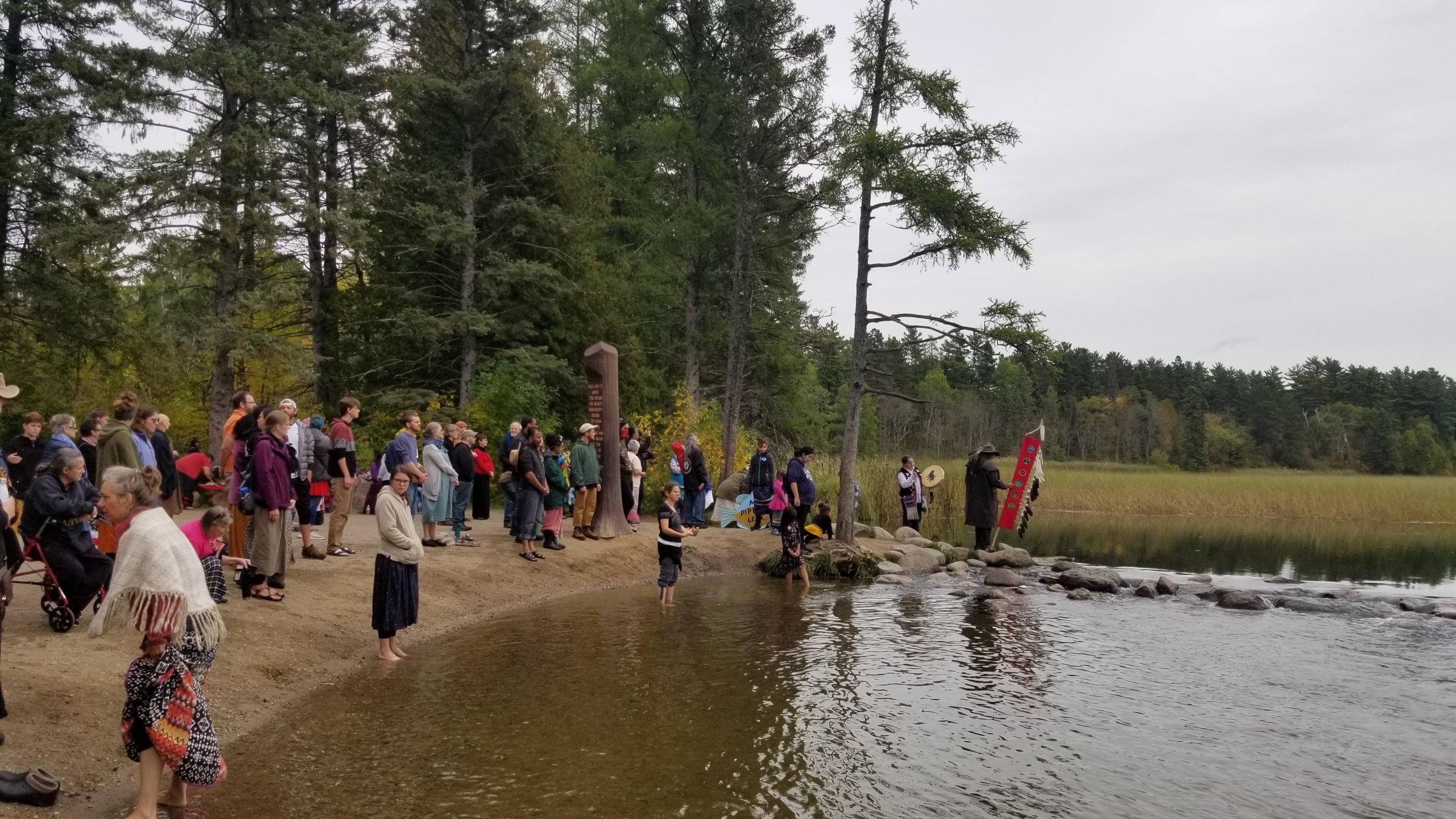 Interview with Dr. Awes-Freeman on Upcoming Screening of Ending the Silence.

THE THREE TRACKS OF SEMINARY: ALL THREE ARE NECESSARY