"Driven From Your Sight": Aw(e)ful Encounters with God 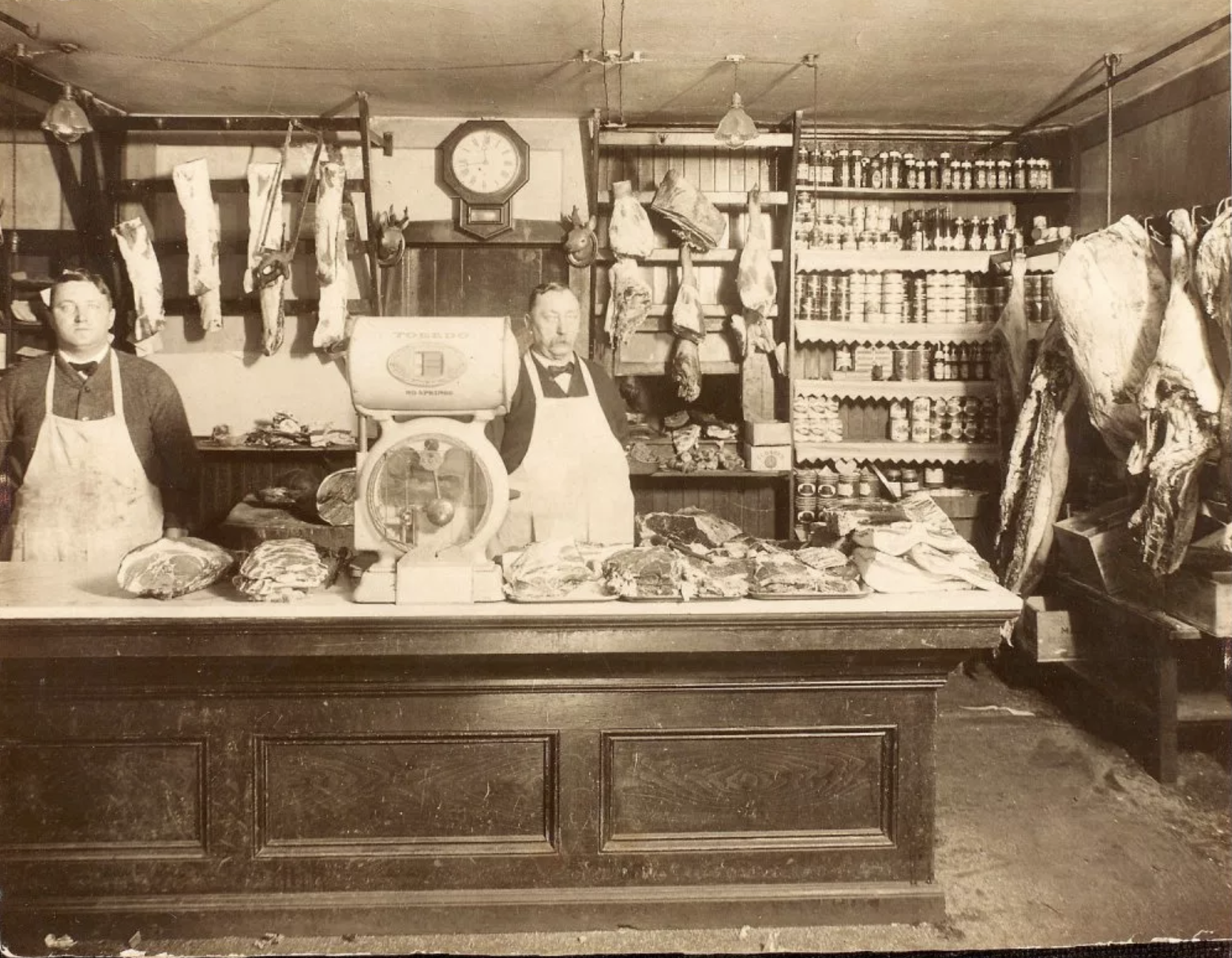 The following post was originally given as a sermon on September 13, 2018.

Between the first night of Rosh Hashanah, the Jewish New Year, and the end of Yom Kippur are ten days called the Days of Repentance or the Days of Awe.

During the Days of Awe we seek forgiveness and atonement. We are close to God in this period, but it can be a closeness like unwanted breath against your neck. Between you and God are fathoms, and so God has an alien perspective, seeing exactly where you are in the entire scheme. At the same time, between you and God there is no divide, and God scrutinizes your every molecule. On the Days of Awe, our flaws are in full display and by flaws, I mostly mean the ways we hurt other people.

In his song, "The Butcher’s Sher," Khlezmer singer Daniel Kahn describes a character, the Butcher, who does all the things we dare not do so that we can live happy lives. However, our happiness and moral rightness always come at a cost. Thoroughly Marxist, Kahn first focuses on the bloody price of consumerism:

The song touches on militarism, the disdain nice (liberal) people feel for young soldiers, and our simultaneous enjoyment of military spoils and protection. Indeed the song declares that, to see ourselves as good, humane, rational, and loving, we rely on the Butcher. The Butcher's violence keeps us morally clean:

The way we exist is contextual and conditional. Violences constitute our country, our clothing, our food, our identity. There are those whose suffering midwifes our freedoms, and there are those who suckle on our wounds. Kahn sings that the Butcher is:

“The one who did the stealing
And then named you as the heir
Whose filthiness provided you
The privileges you bear
But [in the end] you gotta give the butcher his share.”3

The song condemns the hypocrisy of people who presume moral spotlessness, at the same time recognizing a potential inevitability of it. The condemnation of those the song addresses is cynical, occasionally harsh, but also humorous and sympathetic. We cannot live every moment zooming in on the horrific parts of our being in this world. We need the Butcher not only because we are hypocrites, but to survive day to day in a world of sexual, economic, and racist exploitations.

That does not mean we can pretend that our genesis is singularly good. We must name the Butcher. Psalm 139 says we “were fearfully and wonderfully made,” yet over and over again--in sermons, on facebook, in conversation--so often my progressive Christian friends--who love this quote-- either completely ignore the “fearfully” or just barely give it lip service. But when the Butcher comes to collect, that I am fearfully made comes into sharp focus.

During the Days of Awe, it is said that God decides whether your name belongs in the book of life or the book of death. Today, it's easy for me to see God as akin to Kahn’s Butcher, an aspect engulfed in shadow, a reflection of my cruel thoughts, words, actions, and uses of money. So close to God that I desire an abyss between us, it is clear how much I am made in God’s image.

Then, there’s the story we read on Yom Kippur, in the Book of Jonah, about a character sometimes interpreted as a belligerent child: moody, rebellious, and immature. In a group discussion at a synagogue last year, when we got to Jonah’s exclamation “It is better for me to die than to live,” not a single speaker treated the exclamation as a serious desire but as hyperbole for not getting what he wanted. No one questioned the relationship between God and Jonah as representative of something other than parent telling child to do something. No one acknowledged that Jonah was told to pronounce the death of a civilization, let alone by someone who, in the flood, committed a global genocide, the model for all subsequent annihilations. No one asked, with compassion, "Why did Jonah flee?"

In Dynamics of Faith, Paul Tillich explores the holy as having “an attractive and a repulsive function,” who “can appear as creative and as destructive.”4 Tillich turns to the Old Testament for this divine/demonic model. If God is anything like the Biblical account, then our own moral ambiguities bear testament to our theomorphism: we are indeed made in God’s image.

It can be terrifying for the simulacrum to be judged by the original. But perhaps, less so, when the original is far from perfect. To be held by an intelligence with its diverging personalities in contest, who is not static but dynamic, not finished but constantly learning in relation to the earthly project, whose sympathy is empathy and both simply pathy, pathos, feeling––feeling through the ambiguity of being, feeling toward us––that to me is awesome even when it is awful. For in a God who can be evil is a God beyond the moralism of human reason, ethics which have often justified great injustices. The God who is Butcher is a God who feeds us, who at least knows the sacrifice of life which sustains life.

I don't believe in a book where some names are given to life, others to death. But in these Days of Awe, I know I come face to face with a God who I love and who I hate, who I am with whether I want to be or not, because we are contingent. In Womanist Midrash, Wilda Gafney talks about the values of community and how scripture is a member of community. She writes

“Womanists [...] engage the Scriptures of our communities as members of those communities. No matter how misogynistic, how heavily redacted, how death-dealing, how troubled, troubling, or troublesome the text, womanists who teach and preach in the black church do not throw the whole androcentric text with its patriarchal and kyriarchal lowlights out of our stained-glass windows because of its Iron Age theology. We wrestle with it because it has been received as Scripture. Our wrestling should not be taken to mean that we affirm texts that do not affirm us.”5

As Gafney learned from with Reconstructionist Jews to write her book, I, someone raised as a Reconstructionist, learn from and resonate with her Womanist values. As a Jew, as a genderfucked queer person of faith, I cannot risk losing my community, my stories and the God they reveal. I cannot presume my desires are mine alone, nor that all my privilege––the “good” that comes my way––is untouched by exploitation. There is no liberation for a singular self. There is no liberation when we do not acknowledge the butchery our rights are contingent on, and without changing those systems of inequity. Liberation cannot happen unless we are in relationship with the whole community the self is in and with the entirety of the community in the self. That includes the fucked-up bits, that includes our shadows, and, though the work is sometimes awful, that includes being in relationship with the Butcher.

Do You Have a Theology, Philosophy or Worldview?

Three Freedoms: How the 1st Amendment Relates to Seminary Education